From June 10-12, The Governors Ball Music Festival (Gov Ball) showcased more than 60 artists of various genres who performed across three stages at New York City’s Citi Field. This year, St. Louis-based Gateway Studios & Production Services — who had provided video for more than a decade of past Gov Balls — provided media servers, camera packages and video support for all three stages and brought in a d&b audiotechnik rig to handle the large main Stage One.

Traditionally, Gov Ball has been a four-stage festival, but with rising costs and the ramifications of Covid-19, the festival was cut to three stages while still maintaining the same number of acts. Tight changeovers and preparedness were crucial to ensuring a successful flow of the event. Chris Clark, crew chief for Gov Ball and director of audio at Gateway, was critical in the festival’s design, setup and coordination. 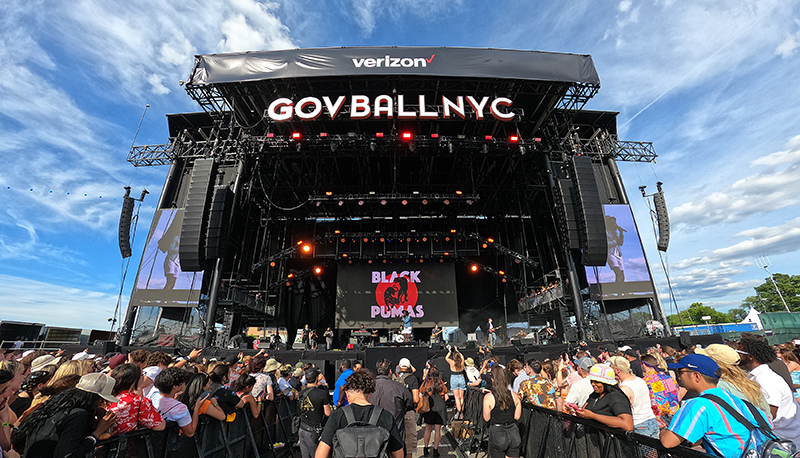 Clark worked with Gov Ball’s audio project manager Monty Curry in designing a new audio environment for the main stage. The cabinet specs from previous years were for a smaller configuration and needed to be updated. Further, in a multi-stage festival, keeping sound where you need it and away from other stages is critical. Clark pitched a new design where d&b’s directional SL-Series line arrays offered a solution to take the festival’s audio needs to the next level.

“Our audio team was key to having everything checked and ready ahead of time to get the bands on and off stage,” Clark said. “The main goal was to achieve a lot of flexibility in the stage configuration, and full broadband audio control in the house.”

The new design incorporated d&b GSL8s for the main and side hangs, and d&b SL-SUBs flown left and right to ensure consistent low-end throughout the entire festival site. Stacked SL-SUBs topped with V12s, and V10Ps provided plenty of impact and covered the areas closest to the stage, including the elevated VIP platforms above stage left and right. The distributed system incorporated a single delay tower using d&b GSL8s to deliver consistent coverage to the raised VIP compound on the farthest end of the grounds. Stage monitors were d&b M2s, with B6s for stage subwoofers. KSL8s and KSL subs were deployed as side fills.

“Stage side fills can present challenges on larger festival stages such as this. Higher stage volumes can pollute microphones on deck. Using the SL-Series as side fills helped us focus audio downstage while maintaining a cleaner environment for our backline microphones,” Clark said. “This way, our sources stayed clean, and everything sounded great downstage where artists need a lot of vocal volume. There was disbelief among a few artist’s engineers at the level of gain before feedback, until they walked out on stage themselves to hear how well it was performing.”

Gateway also demoed Shure’s new KSM11 wireless capsule, which performed exceptionally well in the festival environment. The transducer technology provided low- and mid-range clarity with high-end detail without the need for additional processing. “The clarity, pattern control, inherent presence, and gain before feedback were all phenomenal,” said monitor engineer Benny Sanchez. “One of the first things I listen for is handling noise, which was non-existent with this capsule. We are getting the audio we want and nothing more,” said monitor and RF tech Jared Green.

“Festivals sometimes provide unique, loud audio environments with stage monitors and side fills,” Clark continued. “Artists jump on and off the stage, spend a large amount of time on the thrust in front of the P.A., are in front of subs and fills often, so there is an immense potential for feedback. We used the KSM11 on festival-provided RF and it was incredibly stable. We didn’t have any issues, and all artists were very impressed with its performance.”

In addition to providing a turnkey solution for the main stage, Gateway supplied small audio packages for the other stages and pulled together with the other production houses, Unreal Systems, and DCR, to meet the extreme needs of unpredictable festival environments. “We were all working together and assisted each other with the daily changes that come with festivals. It was a big team effort,” Clark said.

Over three days of 10 hours of back-to-back onstage music with 30-minute changeovers can present challenges with both sound checks and stage management – technicians and performers alike rely on efficiency for success. “Getting bands on and off stage while ensuring they were set at front of house and monitors was critical to timing,” Clark explains, adding that: “In terms of artists, festivals always provide a wide variety of experience levels, including last-minute performer changes. Our crews were ready for any audio need that came our way and we were always on schedule.”

It’s now commonplace to have streaming included in a festival experience. We have seen this in practice with festivals like Coachella and Bonnaroo in 2022. For Gov Ball, Sirius XM provided a stream for each of the stages. Gateway provided an ISO split system with a few “flavors” of audio split to give the broadcast team flexibility in their mix. In all, Gateway provided a full analog ISO Split, a full MADI split from the Avid S6L system, a redundant feed from the P.A., Prodigy.MP and the option for stems for any artist engineers that preferred this method, all fed to the broadcast Prodigy.MC.

All three stages were close together, positioned back-to-back. Gov Ball had specific sound requirements for what needed be cardioid and directional. With varying genres such as rap, electronic and more, there were a lot of heavy low-end frequencies. “The Main Stage did great at keeping the audio where it needed to be,” Clark says. “Specific sound control is crucial in these environments. We received no complaints from the surrounding stages.” Sounds like a job well done. 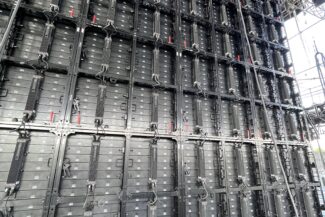